Talk is Biotech! with Brett Thompson 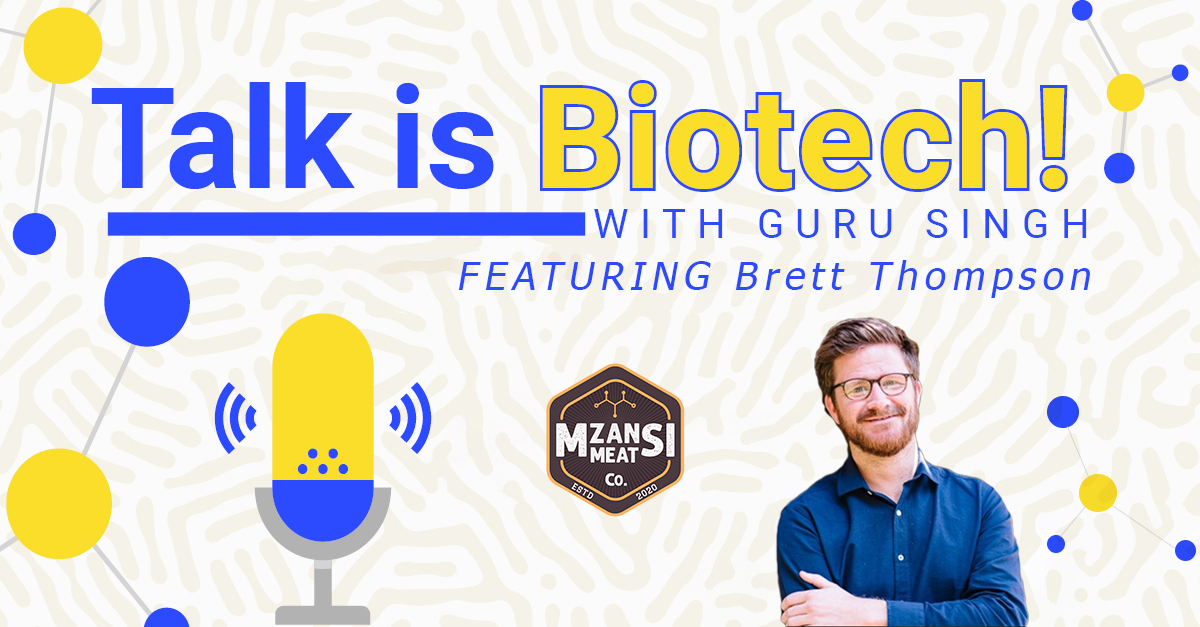 Challenges that come with starting a cellular agriculture company in Africa

Brett tells us that he had to explain the concept of cellular agriculture to potential investors in South Africa as it is still relatively new here. This wouldn’t have been the case for European and American investors. Then there was the challenge of selling South Africa to European and American investors. In the investor world, nobody wants to be the first to invest in something high risk as Brett and his team were doing, so it was difficult to procure funding.

Cellular Agriculture and plant-based meat are not the same things

Future of cellular agriculture in Africa

Brett is optimistic about the future of cellular agriculture in Africa and believes it will be the next big space for its growth. Hundreds and thousands of potential founders in Africa can drive massive change once they are connected with resources like equipment, funds, etc.

“I think cellular agriculture as a whole is going to expand. You're going to see a significant shift in interest in addition to the very keen interest that's happening in the other emerging markets for Southeast and America.” - Brett Thompson, Co-Founder and CEO at Mzansi Meat.